PELIKAN DANIEL company is wholesale only. We do not provide retail and delivery services. 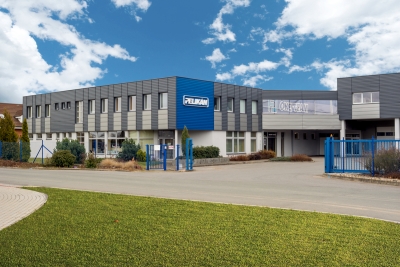 We offer a take back service for batteries bought from us to help in the recycling of batteries.

Daniel Pelikán
owner
Hobbyist since a young age, founded our company in 1994. Often you can find him on the runway, where he relaxes with his three meter in the sky. In winter he races 1/10 on-road.

Radek Bažant
business manager
+420 463 358 712
Despite being with the company since 2003, rather than RC scale models he chases his colleagues at work and reminds them that they can "play" only after 4 in the afternoon. Sportsman who never spoils the fun.

Tomáš Hanzlík
purchasing manager
+420 463 358 717
At exhibitions he keeps taking our tiny helicopters and wants to fly outside the net. If he is not spending time with his family, he relaxes by the water and wishes to build a perfect RC bait boat.

Jon Behrends
sales department
+420 463 358 737
They say that flying drones in Iowa is not permitted, that is why he settled in Pardubice. He is chasing his little dog with Firestorm and from time to time he tries to land an Alpha without a crash.

Petr Jelínek
sales department
+420 463 358 732
He used to drive his nitro Hobao and Protech 1/8 buggies, then he tried large scale helicopters and now he safely guides his Beta on the sky at every compnay air day.

František Laube
sales department
+420 463 358 735
Hobbyist since he was a child. Excellent 3D pilot of helicopters and drones. He proves that not only William Tell can remove an apple from one's head but also he can with his helicopter on its back. And he will slice that apple too.

Jaroslav Jína
tech support Hitec
+420 463 358 718
Hobbyist since a young age, builder, body and soul. Through plastic model kits, free flight and siphon models he worked his way to RC gliders and electric airplanes. In his old age he started to build RC scale models of boats.

Miroslav Vondráček
head of service and repair department
+420 463 358 734
He built his first free flight model in a hobbyist club at elementary school. Above all he enjoys flying gliders and if there is no radio haning around his neck, there is a camera. Ever since drones could carry a camera he tried to capture the beauty of our country from above.

Lubor Hanuš
model aircraft service and repair
+420 463 358 702
The aviation hobby follows him through his entire life, virtually since he started attending school. At first he built free flight models, then control line and siphon planes and later thermic gliders and eletric planes. During that time he also considered himself a plastic model kit builder and thanks to his sons he also wandered off to cars and boats.